When Everything Goes Wrong: Travel Edition 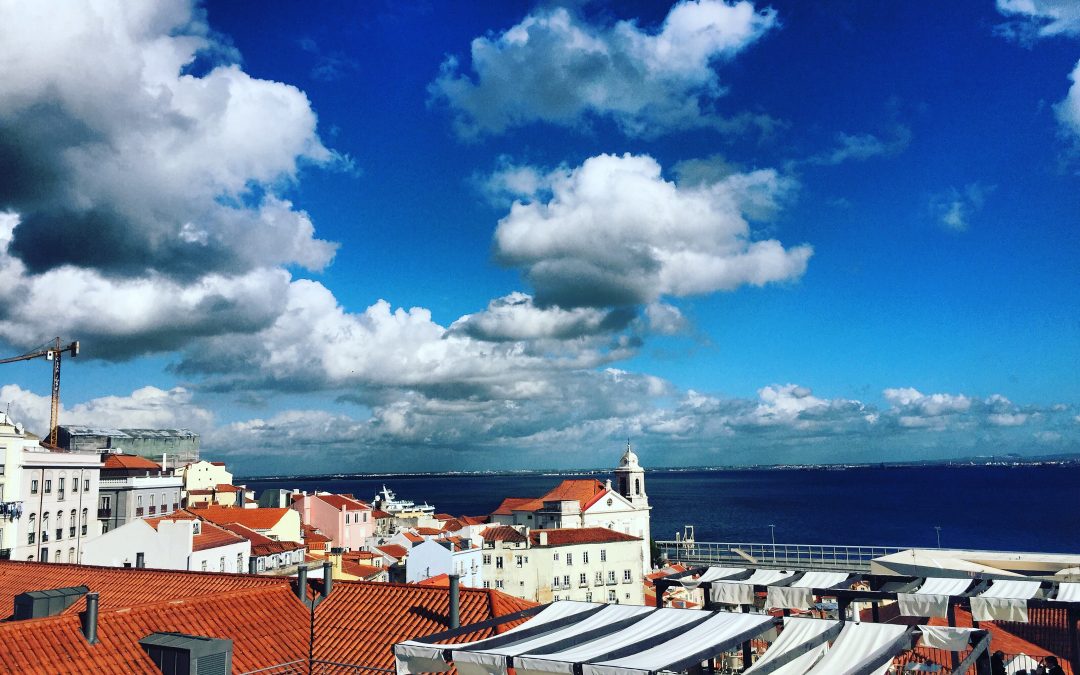 I recently returned from three weeks of travel in Europe.

Except for a few days of travel in London (during the worst storm EVER) and  24-hours in Brussels, I spent most of my time in and around Lisbon. For those who haven’t been, or who wonder, “why Lisbon” here are a few reasons: it’s gorgeous, the people are warm and kind, day-to-day costs are minimal (.50 cents for coffee, people!), and it’s rich in history, yet forward-looking and innovative. Oh, and it was a reconnaissance mission, of sorts.

Before the trip, I was surprised when I mentioned Portugal to learn that many people have little familiarity with the country. For now, this unfamiliarity keeps it slightly off the beaten path, which makes it even more appealing to me. If people are familiar with Portugal, Lisbon is the only city they can name (Lisbon, she’s having a moment). Several people asked me if Portugal was in Spain.

Those of us in the U.S. could benefit by expanding our knowledge about the world a bit, and geography is a great place to start, don’t you think?

Not Easy, But That’s Okay

My trip to Portugal was anything but easy. I started out from San Diego for the first leg of the journey and headed to DFW. Several delays and reroutes later, with a landing in Houston just for fun, I ended up being set back for nearly 30 hours. I missed my connecting flight to London and lost a hotel night there. I won’t mention the fleabag motel where I stayed, that I finally found at 3 a.m., in Dallas. Well, I guess I just did. 🙂

When I finally landed in London, it was in the midst of their epic and deadly Beast from the East snowstorm. This San Diego girl does not like the cold, especially of the Siberian variety. My friend Andrew met me in London where we sloshed about for a few days, slipping and sliding on the ice as we searched for good coffee and imagined the sunny weather that would await us in Lisbon.

Andrew’s generosity took us to Brussels for a quick overnighter via his former route on Eurostar where he worked as a train manager. We stayed in a funky vintage Americana-themed hotel, complete with Airstream in the courtyard, and a stylish bar/dining area. With The Beast still wreaking havoc throughout much of Europe, we again braved torrential rains, and way too much dog poop on the sidewalks, as we wandered around checking out Brussels and looking for vegan waffles (given more time, we’d find them).

After our quick detour, we took Brussels Airlines—in what would be a flight to forget—including an aborted-at-the-last-minute landing, to Lisbon. At last, we made it, to be greeted by, yes—more rain!

The first sign that we were in for more travel challenges was on our trek to our Airbnb.

The closest metro to the apartment, per the rental’s listing, had been closed for repairs for six months. I wondered if the host had even been to his rental’s neighborhood, or the apartment, in a while. We finally made it, dragging our bags along muddy, wet, and cobbled streets, to be greeted by the host’s brusque father. He could barely stay long enough to point out a few things and give us the keys.

I wondered why he was in such a hurry.

As the father walked out, the smell hit me. I’m a canary in a coal mine when it comes to mold and mildew. I’ve done more than my fair share inhabiting various spaces with mold problems. And this place has a serious problem. But with the rain sheeting down like a movie set deluge, and us having just walked 30 minutes with luggage in the downpour, my olfactory senses took a while to kick in.

To give the host the benefit of the doubt, and in consideration of the rain, we tried to make the best of it. We were both in denial for a while that it was a pervasive problem beyond the unseasonably extreme weather.

By day four we could take it no more. Somewhere between the sewer smell wafting from the bathroom to all my clothes feeling slightly damp, or maybe it when Andrew yelled from the kitchen as he just walked across an inch of standing water in his socks, we decided we couldn’t tough it out any longer.

So, I jumped into research mode and found another place that turned out to be fabulous. We quickly packed our belongings and hightailed it out of mildew palace. With Andrew playing neighborhood navigator, we made our way in the pouring rain.

Once we’d settled in, we did our best to banish the thoughts (and smells) of our previous accommodations; then we headed out to explore more of Lisbon.

In Lisbon, we walked everywhere! We did travel by bus and metro, but walking gave us the feeling of living there. We saw street art and lots of construction—crumbling façades and buildings that suggested a former glorious past ready for their renaissance.

I took lots of photos and became mildly obsessed with a sensibility I called elegant decay. This concept was everywhere, including in some of the people, but mostly in the architecture. I can’t wait to return to explore more of Lisbon’s magical alleyways and curving streets that lead to hidden gardens and squares.

Despite travel tribulations and uncooperative weather, we had a great time. I keep my travel expectations in check, mostly, and this helps to smooth the way for a memorable trip. I promise to share more travel photos, from this trip and others, in my forthcoming gallery, so stay tuned!

You have Successfully Subscribed!