Portugal? Why Did You Move to Portugal? 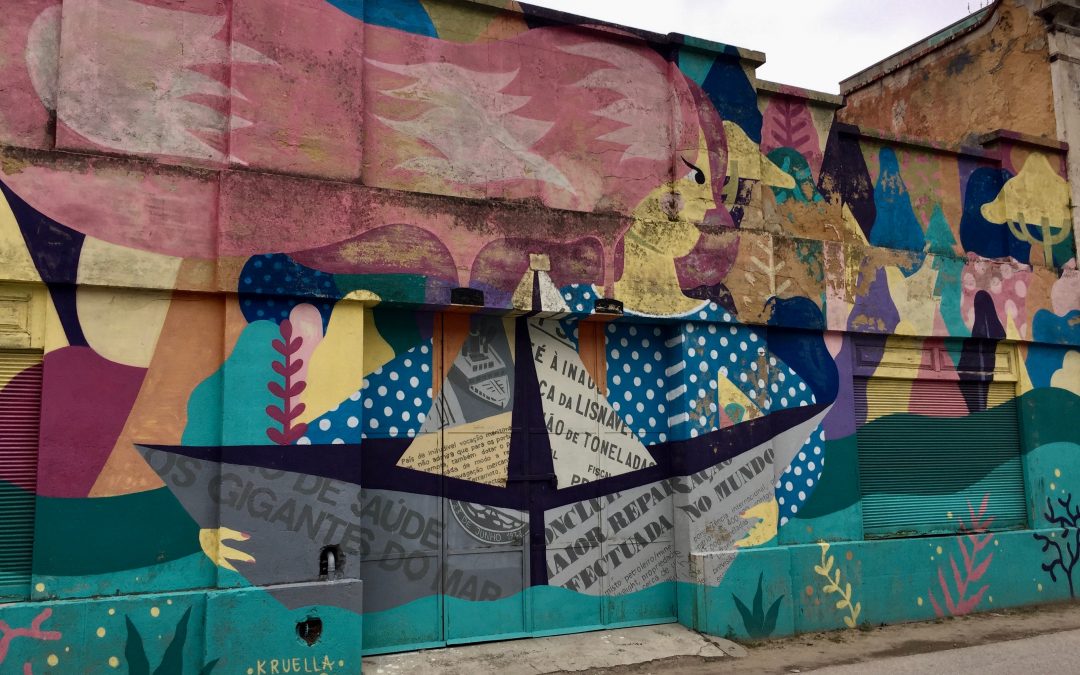 In my last post where I announced my move to Portugal, I also said that I would attempt to explain why I moved to Portugal (and why Portugal, specifically) in my next post. This is that post.

So, why did I move to Portugal?

Excellent question and one I have to step back and think about for a few moments. I worked hard to make this move a reality, for the last year and a half, that the whys took a backseat to the hows of getting here.

First, the thought that started it all.

About two years ago I woke one morning with this feeling, this overwhelming sense of insecurity about my future. Along with this feeling was this thought: I can’t afford to get old or die here. Here being San Diego, California, specifically, but the United States, in general.

My healthcare premiums in the States were/are ridiculous—for what I’m not sure, as I was on a “new plan” according to a woman at the healthcare company whom I called when I received my insurance card in the mail. I said to her, “My deductible is $6,300, but it looks like I am responsible for 100% of hospitalization and emergency room services.”

The woman on the phone confirmed and said this is a new plan designed to keep premiums low (ha!), but the good news is that I would get the negotiated rate, so if, for instance, hospitalization was $1,000/day, I’d probably only pay $900/day.

Wow, what a bargain! For this phenomenal deal, I was paying nearly $500/month.

With some longstanding healthcare concerns that are not addressed by conventional medicine, which means I wasn’t using my insurance anyway, my out-of-pocket expenses could potentially be stratospheric. Why carry a policy if I’m 100% liable for hospitalization? Isn’t that the point of insurance—for the bankruptcy-inducing costs associated with a major health catastrophe?

This reality was the biggest motivator that pushed me to look for another way.

My health challenges make working (typing) next to impossible some days. If I can’t work, I am in dire straits. I wouldn’t be able to keep everything afloat in a costly city like San Diego. I’d lose my home, and my life savings would be gone in a few short years. Even going on disability wouldn’t cover my housing costs.

So, I revived my decades-long desire to move to Europe.

I’ve traveled to Europe, focusing mostly on France, and it was there that I thought of moving to years ago. For myriad reasons, France is not my place at this point.

Portugal had always appealed me. Funny, I had never visited until last year, but all the photos I’d seen, and the natural position of the country at the western-most point of Europe on the Atlantic, really appealed to me.

Portugal is a small country. It’s ranked the 3rd most peaceful country in the world according to the Global Peace Index. There isn’t terrorist activity here, and most crimes are petty. People don’t shoot people, here. On the rare occasion that does happen, it’s a national story. I have not once felt nervous or on alert walking around through my neighborhood or in Lisbon, the capital city. Yes, I pay attention, but not in that heightened hyper-vigilant way I often did in the States.

Although Lisbon real estate, whether rentals or for purchase, has skyrocketed in the past few years, and except for a few other hot spots (Porto, the Algarve), Portugal is a bargain.

I live across the river from Lisbon in a newly renovated two-bedroom flat. It’s larger and nicer than almost anything I’ve had in the States—in fact, I couldn’t afford this if it were in the States (in states/cities/towns I’d want to live in)! Actually, my apartment is too large for me—I’ll likely move to a smaller one- or 2-bedroom when my lease is up.

Groceries are a relative bargain. Coffee at a café averages .80 cents, and my local museum, which is fantastic, has an admission price of .61 cents—and that included a copy of a full-color exhibition catalog!

The quality of life in Portugal is great. I had a good life in San Diego, but at a cost. I worked all the time. Here, not so much. I can allow my body to heal and my mind to wander, instead of thinking about my workload.

People live a simple life here—there is an emphasis on working to live, not living to work. The latest gadgets and other status symbols are the not the main obsession. When you get outside of a capitalist country to a place where the emphasis is on the people: family, friends, community, the differences are pleasantly stark.

Residents, not just citizens, can access the Portuguese national healthcare system (Serviço Nacional de Saúde or the SNS) at low cost. Portugal ranks as the 12th best healthcare delivery system in the world (the US is #37). My appointment for permanent residency, good for one year, and renewable each year (subsequent renewals last two years) is on Feb. 14th. Once my residency is granted, I can register with my local health center and voilà! I’ll be on the same healthcare system as a native-born Portuguese resident.

For now, I have private insurance, for a 1/4 of the cost of my US plan, with benefits beyond anything I’ve ever had. I’ve yet to use the plan but am optimistic about the quality and process. I may end up keeping it even when I qualify for SNS, as the cost is comparatively low compared with my U.S. premiums.

The Portuguese government has created several attractive plans for people like me who want to live here but earn money elsewhere (you don’t come to Portugal to get a job).

Once I have residency, I can take advantage of the NHR, the Non-Habitual Tax Regime. In short:

Under NHR, most income from a foreign source is exempt from Portuguese taxation for ten consecutive years, as is income that is taxable in another country. Importantly, this can apply even if the income is not taxed in the home country. People of any nationality (including non-EU/EEA citizens) can potentially qualify for NHR if they have not been resident in Portugal within the previous five calendar years. (Source: Blevins Franks)

And, if I stay out of the US for 330 days each year, I can avoid paying federal taxes through the Foreign Earned Income Exclusion. An obvious caveat, I am not a tax professional, consult with one for details and confirmation of accuracy.

My goal is to reach financial independence (FI), so I can choose whether to work, or not (meaning my investments and savings are enough for me to live without an income). I can reach FI in Portugal within the next four to five years; FI will never happen for me if I stay in the states. And, with my health stuff, if I can’t work, then I will be in a bad situation.

I’m excited about learning new things—the language, although notoriously difficult, will be one way to keep my grey matter sharp. I want to meet new people and try on a new way of life. I’m looking forward to get situated, a process that will take me a few more months, so that I can get down to some serious exploration of my new country.

Geography, peacefulness, quality of life, healthcare, adventure, and financial considerations are the primary reasons I moved to Portugal. A significant move like this is not for everyone, but it is within reach for those who want to give it a try. I hope this post has clarified my whys and inspires you to shake up your life, too!

[NOTE: In this post I share some of my resources, but I suggest you do your own research and check out my new program So, You Want to Move to Portugal]