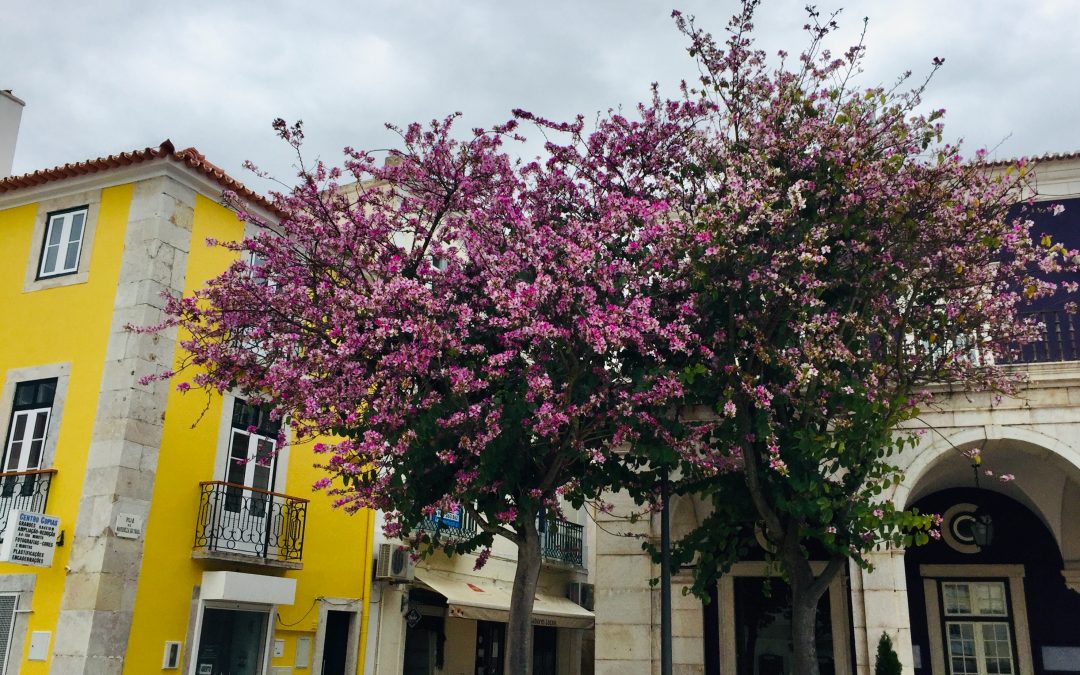 sometimes you have to go back to move forward…

If you’ve been playing along, dear reader, you’ll know I’ve been in Porto. So, if I tell you I just returned to Porto on Monday, understandably, you might be confused.

A quick recap: I decided to rent an apartment in Porto to enjoy a bit of slow travel and have an almost-local experience. The time was right with Coronavirus numbers being low (best in the EU—yay!) and few tourists, which also made it possible to rent a short-term rental, that would typically be tourist accommodations, for a great rate.

Sub-Standard Standards Minus a Dog

When I arrived at the apartment, it was not what I was expecting. My standards aren’t fancy, but clean is a requirement, and even more so with the damn virus lingering about.

In addition, I didn’t have my dog, which was great and not-so-good.

Great because I only had to concern myself with, well, myself, getting acquainted with the neighborhood, oh, and cleaning the damn apartment. It was good Milo wasn’t here during my peak stress and anxiety as we tend to feed off one another’s moods ( I know, we’re perfect for one another).

Milo was away, enjoying love, attention, and the comfort of his second home in Lisbon, with my friends Tom and Louise.

They spoil him, take him places like the proper cafe society dog he is, and send photos of him being adorable. Yes, it’s all a bit sickening, and I love them for it. But, not having Milo when I was feeling so discombobulated amplified my anxiety.

I’d fall asleep some nights only to wake a bit later from awful dreams about never seeing him again. I knew that wasn’t true, but it didn’t help the way I felt.

By Wednesday, free-floating anxiety reached a tipping point, spilling over into a full-fledged panic attack.

I went back and forth, via texts with friends and inside my own head (not the best place to be, sometimes), as to the various possibilities to minimize my misery.

I have a tendency to make myself stick with situations, even if it’s against my best interests, especially if money’s involved. At least, that’s my first impulse. The “you paid for this apartment, so you’d better stay” type of self-imposed punishment. But that’s just dumb.

Yes, I paid for it, no I don’t like to waste money, but I can also leave. So there.

That’s the simplified version of the conclusion I came to when I decided to go home for a few days. Return home to regroup, reset, check on my tomato plant forest, and then back to Porto, picking up Milo along the way, with a renewed sense of why I was doing this expedition in the first place.

On Monday morning, I met Tom and Louise at the Oriente train station in Lisbon for the Milo hand-off and a quick coffee and chat.

It was weird seeing Milo after nearly three weeks apart, and I felt bad about taking him back. It’s clear my friends love him, and he, them—they had quite the bonding fest this time. Poor Milo was confused when we were waiting on the train platform, and then he and I boarded as they walked away. They miss him, and I know he misses them, too.

So, now what? Another great question! I’m not sure.

Returning to the apartment was better than my first introduction to the place. I knew what to expect this time (including the constant leak behind the toilet), so it wasn’t a surprise. More like hello to an acquaintance whom you don’t particularly like, but know that they won’t be in your life forever, so you can deal with them for now.

Despite one grumpy conductor who wanted Milo to be completely zipped up in his bag, the train trip went well.

We arrived in Porto on Monday late in the afternoon. It was gorgeous; sunny with white fluffy clouds—unlike the stormy weather we had left behind. By the time we got to the apartment we were wiped out, so we rested and got reacquainted, taking walks around the neighborhood. 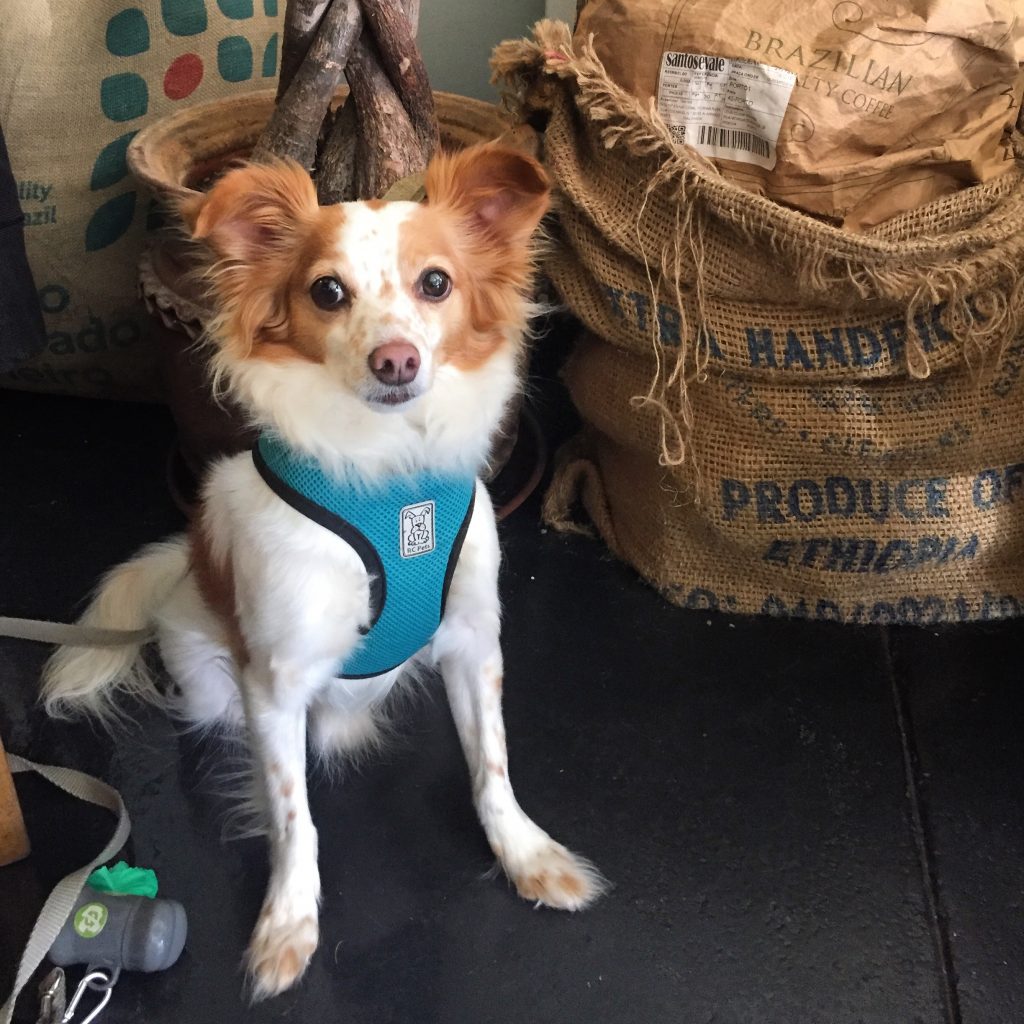 Since we’ve been here, Milo has endeared himself to several shopkeepers and knows where to stop for biscoitos. He met a new dog friend at Combi Coffee, where he fancies himself their ambassador, and has marked his territory for blocks in all directions. That big goofy Great Dane puppy we saw in the park had better watch out!

Tomorrow will be a Shanna needs to get out of the apartment by herself for a while kind of day.

The weather is predicted to be sunny, so who knows what I’ll get up to? There’s a neighborhood I’d like to check out in a bit more detail, and I might even go to a museum. For sure I will have coffee.

Will I stay in Porto for the entire month of May? Another good question.

There’s a lot of Porto I want to see, and having a full month to do so fits my pace. If I’m enjoying myself and getting something worthwhile from my time here, I’ll stay. If and when that changes, I’ll leave.

Because it’s my money—I made it, I spent it, and I can go home if I want to.

If you’d like to read more essays and posts like this, please consider subscribing to my newsletter life: examined. I post there once-a-week, not so much on this site. If you’d like, you can support me and my writing through Buy Me a Coffee, by sharing, and/or subscribing.

And, if you’re curious about moving to Portugal, check out So, You Want to Move to Portugal, my one-to-one opportunity for conversation about how I did it and how you can, too!

We use cookies to ensure that we give you the best experience on our website. If you continue to use this site we will assume that you are happy with it.Ok